You’ve been referred! Get £5 off when you start your trial

SmarterNaturally soup is very rich in glucoraphanin, a naturally-occurring chemical that is found in certain vegetables. A great deal of research has been conducted on the effects of eating a diet rich in glucoraphanin and the potential health benefits that it might offer. A key area of interest for us is the potential of our products to affect the way our body controls the amount of sugar in our bloodstream and tissues.

Early evidence suggests that a glucoraphanin-rich diet can help reduce unhealthy levels of blood sugar that may be present in between meals in pre-diabetic individuals and, as a result, may lower the risk of developing type 2 diabetes.

Published scientific research suggests that eating just one bowl of high-glucoraphanin soup a week can help reduce elevated blood sugar down to healthier levels – and may also bring a raft of other potential health benefits.

JUMP TO: THE EVIDENCE BEHIND OUR SOUP

What Is Type 2 Diabetes?

Diabetes is a chronic metabolic disease characterised by a loss of control in how our body processes sugars, usually resulting in high levels of glucose (sugar) in the blood. Severe cases of diabetes can be life-threatening, but even moderately unregulated sugar levels can cause serious health complications over time, such as loss of vision, cardiac problems and difficulty healing wounds.

The most common type of diabetes is type 2 diabetes, affecting over 4 million people across the UK. Also known as ‘acquired diabetes’, type 2 diabetes occurs when the body becomes resistant to the hormone insulin, or no longer produces enough of it.

Type 2 diabetes is predominantly a disease of the developed world, with rich, high-calorie diets and a sedentary lifestyle being major contributors to its development. Obesity, high cholesterol levels, age and a family history are also common risk factors for developing type 2 diabetes. Many people will develop prediabetes before developing full type 2 diabetes.

Type 2 diabetes does not strike suddenly, but develops over time, often over many years, in those at risk. Such at-risk individuals can be detected by looking for evidence of pre-diabetes. Pre-diabetes is when a process in which the body’s normally tight control of blood sugar levels starts to break down, allowing the levels to rise higher than normal, but not high enough to be considered type 2 diabetes. Many people with pre-diabetes show no clinical symptoms, but are at significant risk of progressing to full-blown type 2 diabetes – as well as having a greater risk of developing other health conditions such as heart disease or stroke.

Type 2 diabetes does not strike suddenly, but develops over time, often over many years, in those at risk. Such at-risk individuals can be detected by looking for evidence of pre-diabetes. Pre-diabetes is when a process in which the body’s normally tight control of blood sugar levels starts to break down, allowing the levels to rise higher than normal, but not high enough to be considered type 2 diabetes. Many people with pre-diabetes show no clinical symptoms, but are at significant risk of progressing to full-blown type 2 diabetes – as well as having a greater risk of developing other health conditions such as heart disease or stroke.

Type 2 diabetes and prediabetes are both usually tracked and diagnosed by testing two different markers – Fasting Blood Glucose and HbA1c. Both of these tests measure the amount of sugar in the blood, but in different ways that offer different insights into your diabetic health.

What is Fasting Blood Glucose?

Your fasting blood glucose is the amount of a particular sugar (glucose) in your blood after an extended period without eating any food (usually overnight).

Since people with diabetes have more difficulty regulating their blood sugar levels, they will usually have a higher fasting blood glucose level than people without diabetes. To be diagnosed with type 2 diabetes, the fasting blood sugar levels have to be substantially higher than normal. Individuals with higher than normal levels that are still below the threshold for a diabetes diagnosis are considered pre-diabetic and have an increased risk of developing type 2 diabetes, as well as other chronic health conditions.

As the levels of sugar in your blood rise, your body tries to remove some of it by attaching it to certain abundant proteins in your cells and tissues, including haemoglobin (the protein that makes your blood red). HbA1c is a test that measures how much glucose is attached to the haemoglobin in your red blood cells. It is the test doctors will most often use to diagnose type-2 diabetes, or warn you if you’re at risk of developing diabetes (pre-diabetes).

Your HbA1c changes quite slowly (usually over the course of 3-6 months) as your red blood cells die and are replaced. This means your HbA1C test result tells you about your ‘average blood sugar’ over the past few months. It’s different from testing your ‘blood glucose’ (which changes very quickly, often multiple times a day).

Glucoraphanin is a naturally-occurring compound found in cruciferous vegetables, like broccoli and cauliflower. Inside our bodies, glucoraphanin is converted by special enzymes into a more active form called sulforaphane.

Glucoraphanin/sulforaphane is thought to play a protective role in the plants that produce it. Research has shown sulforaphane to induce a powerful antioxidant response in cells and this is thought to underpin the reported benefits for humans – influencing the metabolism of your cells in a positive way. These changes can influence many aspects of health, including sugar metabolism, cholesterol production and even the development and progression of certain cancers.

There’s a growing body of research indicating that eating more glucoraphanin in your diet can help reduce elevated blood sugar levels – which is considered a key biomarker risk factor for prediabetes and developing type 2 diabetes.

The Evidence Behind SmarterNaturally Soup

A range of research studies have shown that glucoraphanin may help reduce & regulate elevated blood sugar and reduce insulin resistance in people with pre-diabetes and even type 2 diabetes – as well as having a potential beneficial impact on the progression of various cancers, high cholesterol levels, and inflammation in arthritis patients, among other health benefits.

In the ESCAPE trial (Traka et al, 2019, American Journal of Clinical Nutrition), some of the participants who ate soup containing very high glucoraphanin broccoli once a week for a year showed a notable reduction in their blood sugar levels over 3-6 months, which was then maintained for the duration of the study.

This study was primarily focused on exploring how eating a glucoraphanin-rich soup could might impact on the risk progression of early-stage prostate cancer, but it also recorded extensive measurements of health-related markers including fasting blood sugar. Analysis of this data presented interesting results for the impact of glucoraphanin on fasting blood sugar levels.

When averaged out, the high-glucoraphanin consuming group showed a significant reduction in their blood glucose levels after 3 months compared with their levels before the trial began, and this significant result was maintained for the whole trial period. At an individual level, some patients who originally had fasting blood glucose levels in the pre-diabetic range, having eaten one portion of glucoraphanin-rich soup every week for a year saw a notable reduction in their fasting blood sugar levels that brought them back into the normal range.

A major research study conducted in Sweden (Axelsson et al, 2017) found that sulforaphane (which glucoraphanin is converted into, inside our gut) inhibited glucose production by cultured cells. Furthermore, feeding a diet rich in sulforaphane to genetically diabetes-prone rats & mice helped to maintain a normal glucose metabolism, even when the animals were fed a high-fat or high-sugar diet. In fact, the effect of sulforaphane on these animals was comparable with that of metformin, the current first-line drug for treating patients with type-2 diabetes.

This same study also found that a glucoraphanin-rich diet reduced blood sugar levels long-term in overweight people with uncontrolled type-2 diabetes, with minimal negative side effects. The results of this trial also highlighted the importance of preparing broccoli materials carefully so as not to destroy the glucoraphanin through cooking and therefore lose this effect.

In diabetic rats that were fed a high-fat or high-fructose diet, sulforaphane was found to protect against rising blood sugar levels: rats fed a diet including sulforaphane had on average a 7.5% lower fasting blood glucose compared with those who were not. Rats fed a diet including sulforaphane also showed improved glucose tolerance (ability to deal with sudden rises in glucose due to feeding) and reduced glucose production by the liver compared with control animals. As a comparison, the effect on these animals was as robust as that of metformin, the drug most commonly prescribed to patients with type 2 diabetes. Sulforaphane was found to be more effective in improving glucose tolerance in rodents when delivered at high doses and acted in a dose-dependent manner.

In humans with obesity and dysregulated type 2 diabetes, the consumption of a broccoli extract containing glucoraphanin for 12 weeks led to a significant reduction in both fasting blood glucose and glycated haemoglobin (HbA1c) – a key long-term marker of blood sugar levels and the main diagnostic marker for type-2 diabetes.

Good For More Than Just Diabetes

Research indicates that not only could SmarterNaturally soup help lower high blood glucose, it may also have other potential health benefits – thanks to the unique properties of our patented GRextra broccoli. 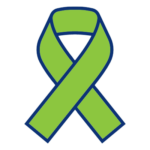 Studies suggest GRextra broccoli and Glucoraphanin may have a beneficial effect against various cancers, including breast & prostate cancer. 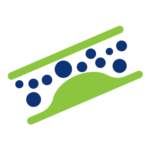 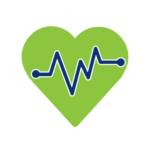 Research points to eating high levels of Glucoraphanin in your diet as one way of helping to reduce the risk of developing heart disease.

Smarter Naturally trademarks, designs and logos are owned by The Smarter Food Company.